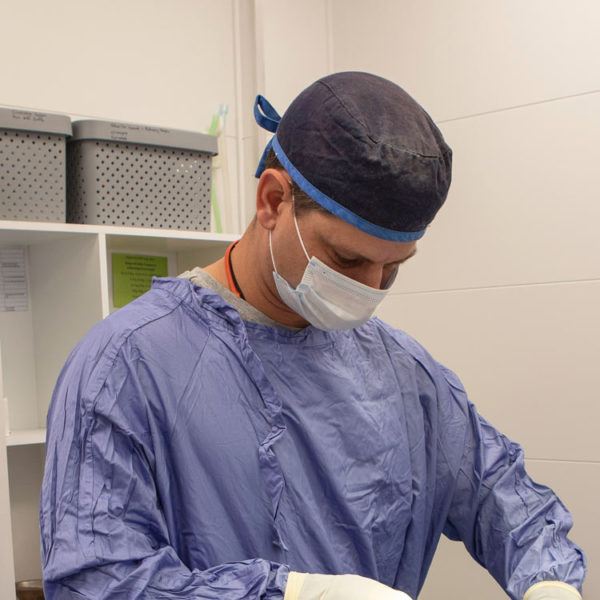 Boet and his family emigrated from South Africa to New Zealand when he was 14 to complete his schooling. Boet then combined a love for animals with his medical interests (attributable to his father who is a human anaesthetist) to pursue the Veterinary degree at Massey University in Palmerston North.

A formative moment during Boets’ study was when his loyal dog Henry, ruptured his cranial cruciate ligament in his knee whilst chasing a ball. Unwilling to condemn his pet to a life of arthritis, and constrained by his student budget, Boet approached a local vet to help him perform the surgery after hours.

The surgery was a success, and before long Henry was back to tramping in the hills and Boet had fostered a love for orthopaedic surgery.

Upon graduation, Boet started working as a vet in Auckland but quickly realised that a typical clinic was never going to have the surgical caseload, required to become highly proficient.

Boet then worked in Australia for several years, seeking out jobs with top surgeons and high surgical caseloads, as well as in emergency centres to further develop his skills. He later returned to NZ with his wife and 4 daughters and developed a different approach to veterinary surgery. Instead of being constrained by an individual clinics’ orthopaedic caseload, he took on contract work across the upper North Island allowing him to perform multiple orthopaedic, and complicated soft tissue surgeries on a daily basis.

Boet continues to work as a fulltime Veterinary Surgeon under different umbrellas, such as The Referral Centre (Hamilton) and Northland Veterinary Orthopaedics as well as for many privately owned clinics.